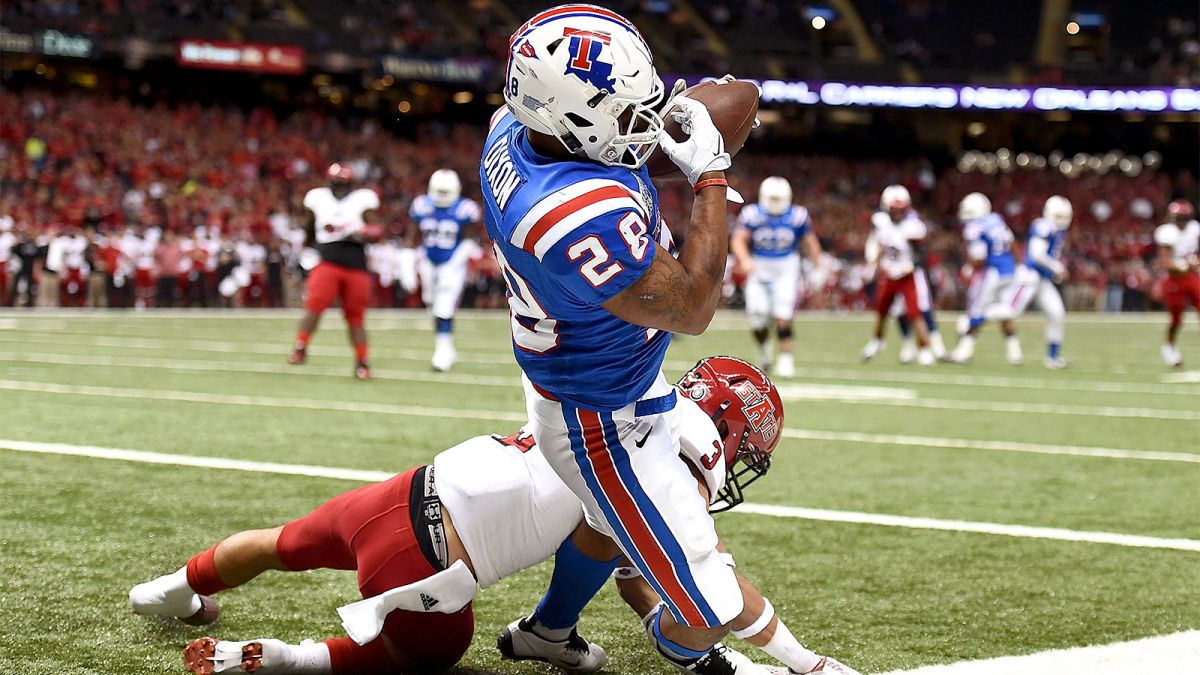 Before I began this Yards Created process, I went back and analyzed the final collegiate season of every running back in the class. Of course, I looked into the “big names” in the class first — but something about Kenneth Dixon immediately caught my eye. And, oddly enough, it had nothing to do with the 2015 season.

Kenneth Dixon is one of very few NFL prospective running backs to have a breakout age of younger than 19. When Dixon was 18-years-old, Dixon posted a 200-1,194-27 rushing line and added 10 receptions in 12 games. His 27 rushing touchdowns set an NCAA freshman record for most rushing touchdowns in a single season.

I get what you’re probably thinking: the competition in the Conference USA at Louisiana Tech isn’t fantastic. But that type of production, at that age, at any level of college football, is simply staggering. For perspective, roughly 4% of NFL Draft-eligible running backs “breakout ”at 18-years-old.

The 22-year-old Kenneth Dixon is next up under the Yards Created microscope.

Unfortunately, DraftBreakdown only offers two games from Kenneth Dixon’s 2015 season but they do have multiple games from 2014 (versus Oklahoma, Illinois and Marshall). For context, I’ll tease out the differences below.

You may immediately notice that Louisiana Tech’s offensive line is considerably worse than Notre Dame’s (Yards Blocked: 1.26) from the introductory piece on C.J. Prosise.

It certainly helps that those two 2015 games in the sample were two of Dixon’s best of the season, but the 2015 data is not wildly different from his sample averages.

And here is LA Tech’s formation type on Dixon’s attempts:

I added formation type to the data set to get a better feel of where the particular back is most comfortable or what he’s “used to” coming out of college.

Dixon shredded opposing defenses on outside runs creating 5.54 yards per attempt versus just 3.02 yards created per attempt on inside runs. I have to believe the difference here is due to poor interior line play overall and should not be used as a data point against Dixon as an inside runner.

The Yards Blocked data bears this out. The Bulldogs’ offensive line blocked 0.46 yards on inside runs versus 0.75 yards blocked on outside attempts. Anyway you slice it, the Louisiana Tech offensive line did not do Kenneth Dixon any favors and — as you will read below — Dixon has exceptional qualities as a pure runner.

And here are Kenneth Dixon’s missed tackles forced receiving on a per target and opportunity (targets plus carries) basis:

Dixon’s combine metrics are a bit up-and-down — he owns a 57th percentile Agility Score per PlayerProfiler — but that data point does not capture Dixon’s suddenness and balance as a runner. An incredible 51.1% of Dixon’s total missed tackles came via elusiveness in his five game sample.

Overall, Kenneth Dixon checks the box for ability to force missed tackles in a big way. We’ll see if he can continue to make defenders look silly with his elusiveness in the NFL, but there is a real chance those concerns may be a wash once he gets behind his first ever talented offensive line.

Here is where Dixon ran his routes from:

His ability to make people miss in space by elusiveness and general feel for receiving out of the backfield make him one of the best pass catching back in the last two draft classes. Below is a breakdown of final-season receiving production of some of the top prospects from the 2015 and 2016 NFL Draft classes. Kenneth Dixon leads every major category (receptions, yards and receiving touchdowns):

Again, the level of competition has something to do with this equation. To me, all of these data points line up: Dixon’s field vision, balance and overall production at the position points to a fantastic receiver.

For context, C.J. Prosise owned a 75% pass protection execution in his five game sample. At the time this article was written, Prosise and Dixon are the only two running backs that I have full Yards Created samples complete for.

Dixon’s pass pro numbers aren’t abysmal by any means, but he does need some polishing as a pass blocker once he gets to the next level. That is nothing out of the ordinary for young running backs at this early stage of their career.

Dixon’s ability to create yards behind a genuinely awful offensive line and prolific receiving production makes him one of the few dual-threat backs in the 2016 class. He won’t be drafted early like Elliott or Henry — but Dixon has the all-around game to become a future PPR maven in fantasy.